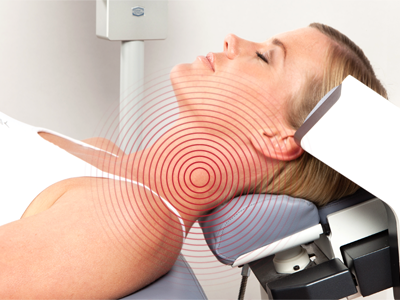 Mobilization as a treatment method for neck and head pain is well known worldwide. The effectiveness of mobilization has been subject to scientific research and the results are encouraging. Traditional mobilization however mostly (supra) maximizes the range of motion in just a few repetitions.

Recent research has shown that midrange mobilization for a sustained period of time (15 to 20 minutes) at a very low velocity (0,1 to 2,5 degrees/second) is far more effective. The underlying mechanism for improvement of the condition seems to be related to sensitization instead of just a mechanical effect.